"National Coatings makes this approach feasible not only with excellent coating products but also with the wide range of accessory products from rust-inhibitive primers to individual butyl caps to encapsulate the existing panel fasterners." 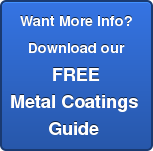 Posted by Nicole Gale on Tue, Nov 04, 2014 @ 12:30 PM
Metal roof substrates are very popular for commercial roofing because of their strength and ease of application. After some time, these roofs need to be maintained because the grommets and sealants begin to weather, causing rust to develop. Over time, the rust will weaken the long term performance of the roof, causing leaks and other damage to the substrate.

National Coatings has a lasting and durable solution to solving rust issues - RustShield A120, a high performance rust primer that inhibits the future growth of rust after it has been removed in the preparation phase of application.
RustShield A120 is a single component, low VOC, water based rust-inhibitive primer. It is used over ferrous and non-ferrous metal surfaces to provide excellent resistance to flash rusting and outstanding corrosion protection.
This primer is ideal over:
NASA chose National Coatings' RustShield A120 product to be used on their Ares I-X rocket due to its superior strength and ability to shield against rust. RustShield allowed NASA to maintain the rocket's exterior integrity while it passed through the salty air above the ocean before entering into Space.