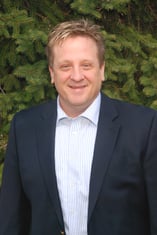 We are pleased to announce Andy Eisner has joined National Coatings as the new District Sales Manager servicing the Gulf – South East Region.  Eisner will be concentrating on implementing sales objectives while maintaining and fostering exceptional service to existing and new customers. “I am thrilled to be on board with National Coatings as their new District Sales Manager." said Eisner. “I look forward to the endless opportunities to further our market presence while expanding our footprint both locally in the Gulf States Region as well as on a national level. In addition, working with our current representative’s while forging strong and strategic relationships. National’s senior management team offers the ‘best of the best’ and I look forward to being a major contributor to their continued success.”

Mr. Eisner joins National Coatings with a strong background in management having served over multiple branches as a Territory Sales Manager with Tecta America Corporation and as a Regional Sales Manager with Georgia Pacific. Eisner has a proven background in developing sustainable growth in the positions he has held previously along with verifiable profits for those companies.

"I am pleased that Andy has chosen to accept the challenge and join the National Coatings team. He is taking over what I built in the past 10 months and I couldn’t be more assured of its success than by having Andy take the wheel.” said Collin Qualls, National Coatings’ National Sales Manager.